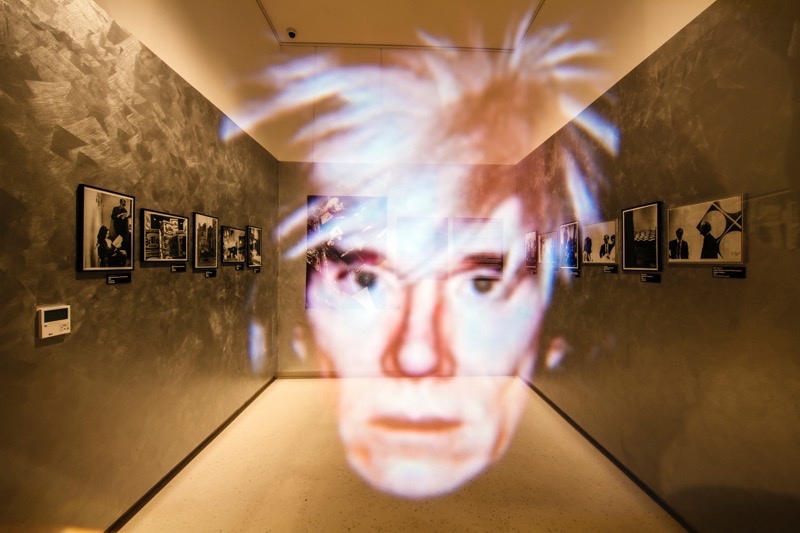 Andy Warhol: Enter into My Life

Andy Warhol or much simpler – the father of pop art, son of Ruthenian emigrants and doyen of commercial advertising and illustration of the 50s, institutionalised a revolutionary different creative endeavour which marked the art of the second half of the 20th century. The focus on mass-consumption products, everyday objects, mass media and pop culture characters became a sort of a thematic supermarket of Warhol’s pop innovation. All things are perishable. There is no longer a need to further explore the abstract expressionisms of the 1940s. Surviving the triviality of everyday life in the urban jungle is equated with the fascination at the masterpiece of art. The world suddenly becomes safe, available, possible, colourful, simplistic, indescribably entertaining and it reveals itself under the name of America.

I wanted to paint nothing. I was searching for the essence of nothing, and the can of soup was it. (Andy Warhol)

This magnificent exhibition is supplemented by a vast program for all ages and tastes. Daily workshops for kids and adults (KidsON, CreativeLAB), weekly presentations of young artists (15 Minutes of Fame), panel discussions (Factory Sessions), dancing on Fridays (Studio54) and a big celebration of the artist’s birthday on 6th August 2018 are waiting for you in the atrium of the Rector’s Palace. Find detailed program information on www.knezeva.hr, info@knezeva.hr or +385 23 627 764!

Therefore, we can only abandon ourselves to the splendour of wonderment, challenge, tease and delight of the American promise through valuable graphic achievements of the greatness of pop art exhibited in the heart of Zadar.